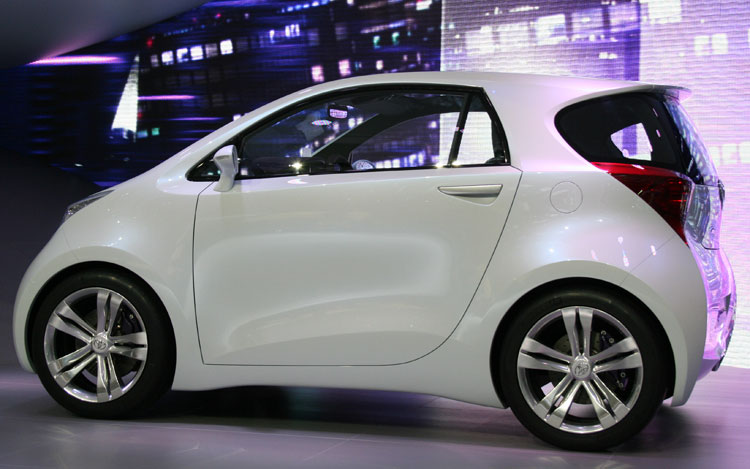 Toyota iQ 2022 is presented in Pakistan by Toyota Japan. Toyota iQ Model Price in Pakistan 2022 is available here. It is a transverse engine, a front-wheel-drive city car. Toyota iQ Model Price in Pakistan 2022 The Toyota IQ is noted for its specialized engineering to maximize passenger space while having an amazing exterior length. The Toyota iQ 2022 is designed to be unique and sleek, squeezing four seats into a car not much longer than two sets smart for two. It is easy to park. It has also a sharp turning circle, so it can negotiate the tightest roads with ease. Toyota iQ is available of two small petrol engines a 1.0L and a 1.3L. The most popular engine is the 1.0L with a manual gearbox. In town the Toyota iQ’s light steering, excellent visibility, and sharp turning circle allow it to perform U-turns.

Toyota’s IQ price in Pakistan is starting from 12 to 18 lack but it depends on the model because this is not a local manufacturer while just imported from Japan. In addition, just used car import from japan to Pakistan because some dealers are working and they are doing an import. So price depends on model and variants but fuel average is much better.

Incredibly, Toyota has squeezed nine airbags into Toyota iQ, including the world’s first airbag designed to cover the rear window, protecting rear-seat passengers. It’s reassuring for so much standard safety equipment to be fitted in the car of this.

These are the complete specs with features of this car as well price is mentioned in above and all the people who want to take a small car now they can select this one. Further, if they change the price and variants then we will share with the audience who are seeking the latest price of this car.

Please tell us the price of this car and also from where we can get it and is it mini or huge and is it for kids ? Reply me soon