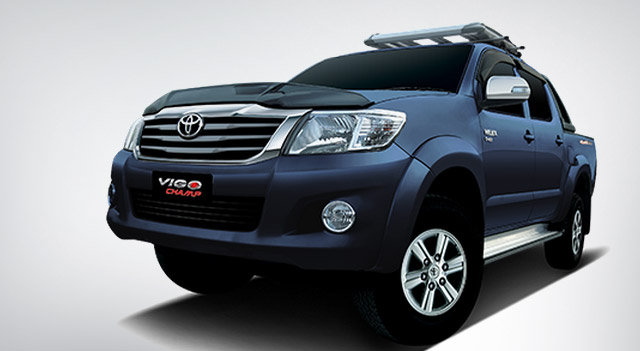 The chrome front grille imparts an enhanced level of confidence to the vehicle. This SUV approaches you haughtily with its chic headlamps gleaming on both sides of the grille. Below these lamps, circular fog lamps can be found shaped elegantly. The crystal headlamps have chrome stripes running around the edges for better quality. Similarly, the fog lamps also have a ring of chrome silhouetting them.

Toyota Hilux Vigo Champ gives a great performance. Its 2KD-FTV engine with 2494 cc displacement gives the pickup truck immense power for all its thrilling adventures. Take the vehicle up to 75KW at 3600 amp, which is the engine’s maximum output. On the other hand, the maximum torque reaches up to 260NM with 1600 to 2400 rmp. The g\figures show excellent performance. The interior and fuel mileage have also improved. 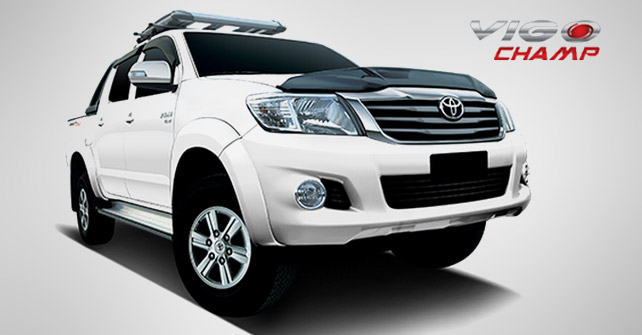 These were some of the features of this car.

Those people who like this vehicle is now seeking the Toyota Hilux Vigo fuel tank capacity which is 80 Liters. On the other hand, a big fuel tank has been installed by the company.

Toyota company launched a new Vigo in several colors but the most popular in white and black color. Moreover, some the people like blue color. Further, all colors are listed below.

Toyota Vigo is the biggest vehicle and people want to know about the dimensions of this car. In addition, the Toyota Hilux Vigo dimension is here below the table.

Toyota company just gives the accessories with top-of-line variants while they do not give the basic variant. Moreover, they have not issued accessories on the official page but people can gather info from the official showroom.

This is for sure an amazing car and people are having an outstanding experience with this car. Toyota Hilux Vigo Champ Price in Pakistan 2023 is slightly increased this year.