The two most-awaited and the most selling economical family cars sold between 2021 and 2022 are the latest models of Suzuki Cultus and Suzuki Swift. Both these cars are automatic transmissions for 5 people seating spacious capacity. Moreover, there is not a major difference between their price ranges. But this is a reality Pakistani car purchasers are searching Suzuki Cultus Vs Suzuki Swift features and specifications. People mostly seem to be confused while they going to buy a car among the choice of Cultus or Swift. If you also want to buy a superior car from both these cars then once read out the following table for the Suzuki Cultus VS Suzuki Swift comparison. It will make it easier for you to decide which model will suites you the best. We are sharing the exterior and interior features as well as the specification with price and availability. But still, I suggest that you must take a test drive of both these cars and then take the final decision.

A new model of Suzuki Swift and Suzuki Cultus has launched but people want to take the major difference between both vehicles. Further, one of the most important different major is the engine while the 2nd major difference comes at a price.  Other information is going to be mentioned below. 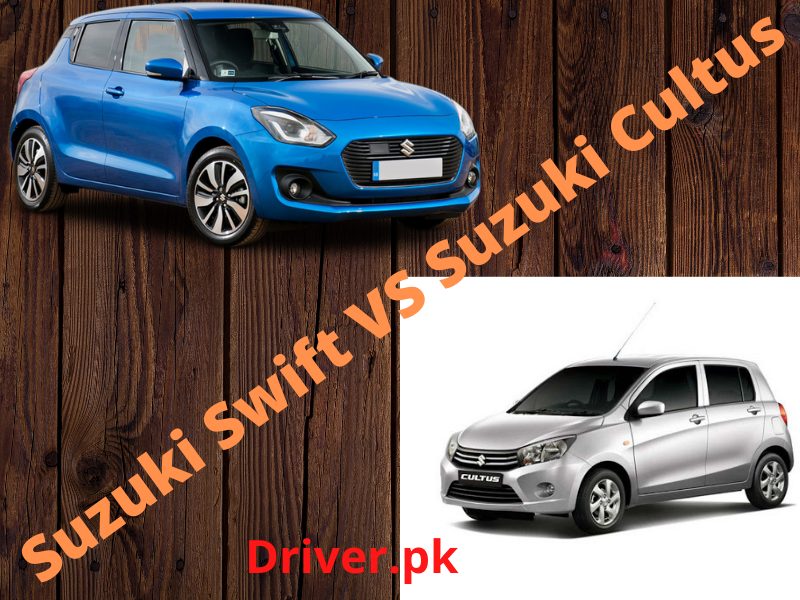 For the information of the people who are going to buy a car but still confuse which car is best. On the other hand, the difference between Suzuki Swift and Suzuki Cultus is mentioned in the content as well if they introduced some new vehicle then we will share it on this page.

Which is better Suzuki Swift or Vitz?

Both vechile are better but Suzuki Swift is assembled in Pakistan while Vits import from another country. So people prefer the Suzuki Swift but some of the people who are interested in Japanese vechile they prefer to the Vitz.